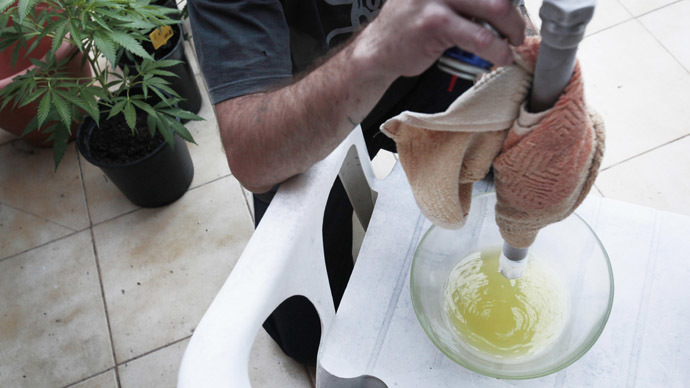 The Alabama Legislature has unanimously approved a bill that would fund research at UAB over the effectiveness of a marijuana extract that could help children who suffer from seizures.

Cannabidiol, or CBD oil, is derived from a marijuana plant and has been proven to successfully treat severe seizures. The oil contains less than 3 percent THC and is non-psychoactive.

The legislation is named Carly’s Law, after 3-year-old Carly Chandler who suffers from epilepsy as a result of a rare genetic disorder. Now, UAB will be able to prescribe the oil to patients like Carly to treat epilepsy. The House of Representatives amended the law to allow doctors at Children’s of Alabama, which is affiliated with UAB, to use CBD oil if they work with the UAB Department of Neurology.

This legislation, officially known as Senate Bill 174, was brought before the House of Representatives at 2 a.m. today. Rep. Allen Farley of Jefferson County sponsored the bill in the house.

He says when he got on the floor to present the bill in the wee hours of the morning, Democrats and Republicans got on their feet and started chanting “Vote! Vote!”

Once the bill passed in the house, it went before the state Senate, where it also passed with unanimous support.

Farley says Carly’s Law brought out a compassionate side of the legislature.

This bill now moves on to the governor’s desk. His office says they don’t know when, but they do know the governor plans on signing Carly’s Law.