For over 30,000 prisoners in California, today marks Day 6 of a massive strike. Those in solitary confinement will continue to go without food, while those in general housing will protest work, until they’ve achieved their goal: to be treated with basic human dignity. One of the major aims is to save thousands of unjustly confined prisoners from solitary confinement, a known torture tactic.

The strike began at Pelican Bay on July 8th in protest of the California Department of Corrections and Rehabilitation’s failure to change policies involving the Solitary Housing Units — the tiny windowless cells where prisoners in solitary confinement are kept, sometimes for decades. Now, protestors from over two thirds of California’s 33 prisons are participating, at the risk of any number of punishments. Though the CDRC claimed they would reform the system following a hunger strike in 2011, the “adjustments” they made were ultimately just on paper: people are still being placed into solitary for reasons as harmless as possessing certain artwork or exercising with someone suspected of being in a prison gang.

Last August, all racial groups incarcerated in California signed a “Non Aggression Agreement,” and there have been no racially-motivated killings since. The solidarity being shown by these prisoners is incredible and inspiring.

To learn more about the strike, the horrific situation leading up to it, and how to show your support, this is a great informative resource from collaborators on both East and West Coasts, including the Kasama Project and Occupy Wall Street Journal. There is also this newspaper (pdf below), which they’ve been printing and distributing across the country to spread awareness and gain support for the protestors. 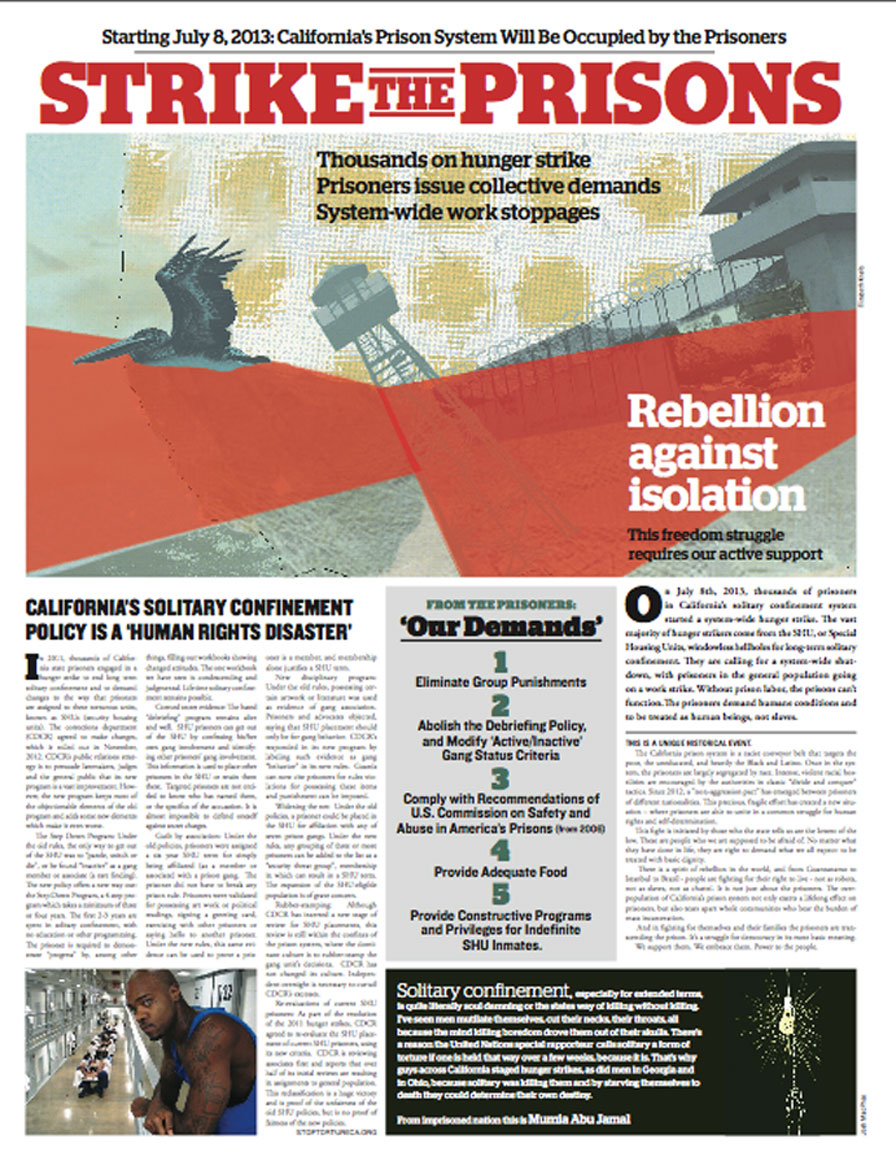