I ain’t gonna try and spend all damn day trying to use dem fancy ass words and shit! Yall might be wonderin where the hell is dat uppity nigga responsible fo’ tryin to educate yall  ignant niggas with all his disrespect towards nigga affairs in this country. I know yall are used to seeing me on that there television show cussing out those damn Freeman boys, but I wanted to shut that nigga Krusha up and take ova this damn blog thang today. I don’t understand why his black ass spend so much time writing this bullshit when he can get more views posting up the silicone rear ends and bosoms of the Lawd’s glory a sexy White woman.  At first I doubted Hussein Obama and I still question his motives but ever since he took office niggas have been actin crazier and our fine police officers of pale and blue bravery are making sure our streets are safe from these damn monkeys in gangs.

I would like to thank those nigga rappers out there that are making sure our wonderful judges and lawyers have work to continue taking their beautiful blue eyed babies to them fancy schools and places with all of that there sand and water. When will yall niggas understand that yall will never be shit unless it involves something illegal ? Hell yall Black asses can’t get in the ground fast enough fo’ me to allow you to bother the White man and his way of life. Dammit I would rather live in a dirty basement chained to a wall before I would sleep with one of those stankin ass heffas on BET shakin their sweaty behinds in them damn rap videos. I told Krusha that he would do alot betta if he would write those damn hood nigga books and understand that  yall niggas are just fine with what yall been doin. If niggas wanna spend their lives in the projects shouldn’t the animals have the right to live in their natural habitat?

Yall coons that think othawise better think of that damn COINTELPRO and the other secret Uncle Sam’s folks that will keep yall in line. Shit  there aint a damn company, organization, or group on the White man’s planet that can save yall sorry

asses. Yall spend too much time fightin and arguing to offer anyone a damn thang especially for all yall coon children that get higher scores on them video games than the grades on their test scores. We all know the only thang they do on them computers is show their nekkid asses in their dirty ass bathrooms and houses,watch youtube, and play on myspace all gotdamn day. Most of yall just jealous because that cute lil’ White boy Justin is making all the money and Brittany is makin a strong comeback! Other than that all the White man need for yall to do is to continue  running like pack mules up and down the basketball courts and football fields across the old U.S. of A and punish the sports niggas by taking all of their money for having the desire for that “White Nectar” and carrying guns and drugs. 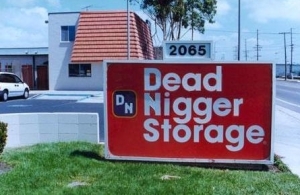 I don’t even know why I even wrote this damn much when most of yall catch headaches after reading a few sentences anyway. Yall niggas can’t even decide whether your pants should be hanging off your ass or up it and you see why women love sexy White men like Brad Pitt, Tom Cruise, and that Leonardo young gentlemen especially if their not takin it in the butt. If Satan is alive and well then he damn well sure doesn’t need Hip-Hop to get them to sell their souls, especially after stealing all of those creative White folks music through sampling  blaming that Kanye and Jay-Z for yall evil deeds. I cherish the day when my melanin deficient savior returns to rid the world of these leeches of society and give Arizona the strength and courage to keep them Corona drinkin and taco eatin hoodlums out of our backyards and from taking all of our jobs and parking spaces. Lawd if I had a penny for every nigga in prison I would be a rich man and send the rest of em to Haiti, Newark, or Chicago.

Well niggas it looks like i’ve done went way beyond my allotted word count and remember that I have a real job being the best janitor a man could ever imagine. I offered Krusha a position where I work and that black bastard don’t wanna work to earn his own closet with a bunch of cleaning supplies  and part time benefits. Yall niggas are so predictable and that is why I discourage him to stop trying to reach niggas that don’t want to be reached. Now if you don’t mind I need to get off this coon’s page and laugh at the foolish comments yall niggas  make on these funny minstrel orientated web sites that glorify yall ignant asses. “Keep Up The Good Work Niggas” you make your nigga race proud and remember i’m a uncle that’s dam sure  not related to yall! 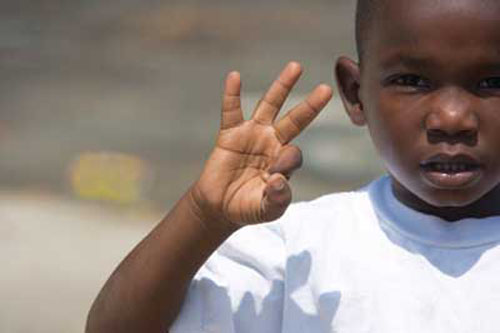